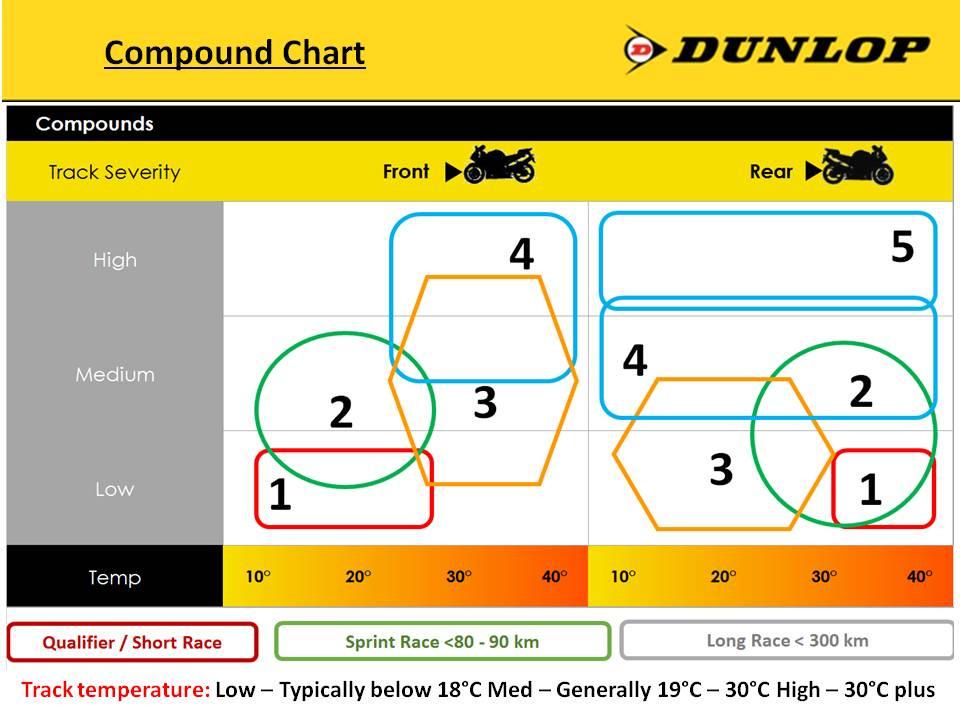 A street legal tyre suitable for the track

"THIS could be the shortest review in history, seeing as Dunlop's new D212 GP Pro was the tyre Michael Dunlop used when he set the new Superstock record at this year's TT, clocking an average speed of 131.220mph.

When it comes to performance, I don't need to say any more.

The D212 GP Pro takes over from the D211 GP, and it's aimed squarely at trackday rider and racers looking for the ultimate in performance. The D212 is essentially a treaded version of the KR106/108 slick.

It was a breath of fresh air to hear Dunlop acknowledge that their rivals also make great tyres, but that they believe the technology that goes into theirs, gives them the edge.

The D211 features Dunlop's NTEC system, coupled with Jointless Belt Construction and Jointless Tread. Essentially, the whole tyre is wound from one belt of rubber allowing the precise positoning of the different tread compounds, while the NTEC belt gives the tyre a stiffer carcass, allowing you to run lower pressures while maintaining shoulder stiffness.

The tyre also features Multi Tread Compound Technology, which is common on a lot of tyres now and means that centre and side compounds can be different to ensure maximum stability under braking and accelerating, with a longer tyre life while also offering maximum feel and grip at lean.

The only slightly confusing thing about the tyres is the compounds they're available in. Dunlop have produced a chart which shows five different application areas, but only four different compounds of D212 are available. To add further complexity, the front is available in compounds 2,3 and 4 while the rear is only available in 4 and 5. You choose your compound by checking the temperature of the track the severity of its tarmac.

This may sounds a bit too much for some; let's face it; quite a few trackday riders forget to check their pressures, let alone the ambient temperature. Dunlop have made it easier by producing a chart with major tracks graded, therefore all you have to do is keep an eye on the temperature.

When it comes to pressures, the NTEC technology allows you to run alarmingly low pressures: I was running 30psi hot on the front and 22.5psi hot on the rear.

The tyre itself doesn't look like the Dunlop track-focused tyres I'm used to, it has a rounded profile, similar to a Pirelli Supercorsa SP, whereas I always relate Dunlops to sharp v-shaped profiles. Things have changed.

Silverstone GP is a fast track and quite a bold choice for a tyre launch. Most launches tend to happen at the manufacturer's test track (cheating?), on super-grippy tracks like Portimao or on tight tracks like Cartagena where you don't get much of a chance to attack superfast corners. Silverstone is hardcore-fast in places, not the grippiest surface and has some major braking points. Ticking none of the usual tyre-launch boxes, then.

I know Silverstone fairly well having raced an 848 there and it's one of those tracks where you spend a lot of time braking hard, not upright or accelerating hard while not upright. During the first session I was dubious as to how much I could push the tyre as it felt stiff at the front. Riding a bike I know well, on a track I know well but switching from Metzeler Z8 sports-touring tyres to a stiff race-capable tyre, it took at least a session to dial in any real level of trust in the front.

With the first session out of the way, I built up the pace and felt most confident on the D212 driving out of corners. It's something of a party trick on the ZX-10R on sports-touring tyres to get the traction control to kick in and make the engine cough and splutter when driving out of corners but the D212s took everything the 10R could throw at them. Once you get dialled-in to the tyre's higher level of stiffness you can brake late and hard fully trusting that it's not on the verge of letting go.

My 10R, which has been setup to be the firm side of forgiving on the road, felt as soft as it did on standard settings with the D212s fitted. You'll be winding your suspension in a few clicks if you fit these to a standard road bike.

Aside from staggering levels of grip, what gave me the most amount of confidence was the tyre's profile. I like a rounded profile as it means that whatever you're getting, you get it with a predictable consistency. Sharp profile tyres tend to be skittish under braking, really don't like that initial turn-in on the brakes but then - bosh - they sit planted in the corner. A rounder profile, like on the D212 means the levels don't change and you can predict what's about to happen. On a circuit like Silverstone where you turn into some corners over 120mph, it's great to have a tyre that - due to its profile - doesn't give you a millisecond's thought that it's folding in on you. Those are the thoughts that cause you to jolt up out of bed at 4am only to realise you haven't just tucked the front. I've had my fair share of those..

I'm really not good enough to push this tyre to the absolute limit but if I was into trackdays, I'd fit a set, no question. They are really confidence inspiring in terms of outright grip and how predictable that grip is. However for road riding, I like the softer feel and all-weather performance of sports-touring tyres. Despite Dunlop's chart showing the D212 GP Pro creeping into the higher-end of road riding, I think they're in their element on track.

Going back to what I said earlier: you probably only needed to read the first line of this review to make up your mind about how good the D212 GP Pro tyres are."